Last Saturday, May 26, 2007, upon the invitation of PGH Neurosurgery’s Chief, Dr Gap Legaspi, I went to PGH to observe their mission for children with hydrocephalus and cranio-facial disorders.

They do this mission 3-4 times a year as there are just too many indigent patients in need of surgery that cannot be accommodated during the regular days.

I got there late morning and suited up in scrubs, nice color but not dri-fit as Dr Gap had promised me:( 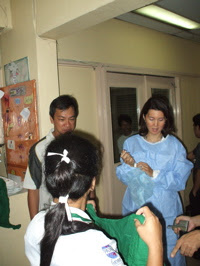 There were five operating rooms being utilized. We met his energetic staff and colleagues, all of whom gave up their Saturday to join this mission without pay to make a difference in the lives of 14 young children, including Dra Kay Pioquinto neurosurgery’s chief resident. A girl! Yeh! Also met Dra. Geraldine Jose, the first and only neuro-anaesthisiologist in the country. Another girl, yeh!

I saw kids with bumps and swellings on their faces and heads that distorted their beautiful faces. This 20 month old child, nicknamed Prince had a sack of cerebro spinal fluid (CSF) that was already larger than his head. He just lied in bed because the sack was so heavy, he could barely move. 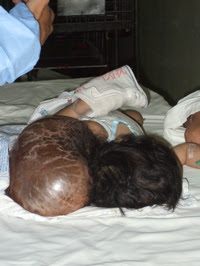 Dr Gap showed us around, explained a few cases to me (in very layman’s terms of course) and gave me a crash course in reading an xray. Wow, I actually can point out the fluid in an xray headshot. He also showed us the new pedia surgery rooms, renovated courtesy of Rotary Club San Juan del Monte. 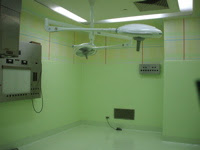 Back to the little Prince, we met his worried parents in the corridor as they waited for him to be rolled into the OR. His mom silently wept as they put him on the operating table. 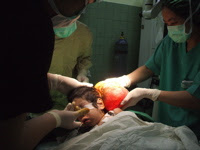 I lightly tapped her shoulder and smiled (yeah as if she could see my smile under the mask I was wearing). I felt her pain all too well, because.. well, my son had lived in a hospital all his life and I know what a mother feels.

Dr Gap and his staff went about their job. A little past 2:00 the little prince was freed from that sack of fluid which he had carried with him in the back of his head, for all his life. 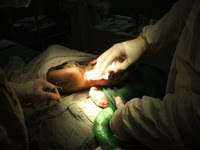 Like him, all the other 13 kids were successfully operated on. What a miracle. They would have wanted to do more kids, but this is a long tedious process.. and fatigue does take its toll even on miracle workers. 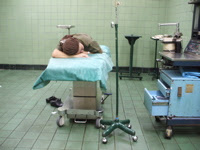 I take my hat off ( ALL the different kind I have – running caps, bike helmets, swim caps ete etc) 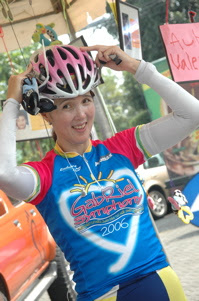 to Dr Gap Legaspi and his team and all the other doctors and staff of PGH and health professionals like them, who choose spend a beautiful Saturday to give a child a new life 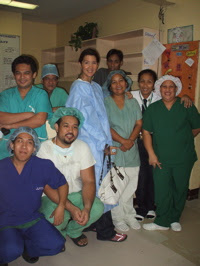 – Malacanang will allow DBM (the Department of Budget and Management) to release my funds for all the other projects I have pending in PGH including the Liver Center, the Women’s Desk, various hospital equipment (from my last count this totals close to P15Million)
– My funds for all the other hospitals like Vicente Sotto Memorial Medical Center in Cebu, Cagayan de Oro, the Provincil Hospital in Marinduque, and various health centers all over the country.
– DBM will release the allocation from the proceeds of VAT and SIN tax as specified in said laws for healthcare;
– if only more local governments would prioritize health care for their constituents;
– if only pumasa na sa Lower House ang bill on Cheaper Medicines which the senate has already passed;
– if only we could comply with the WHO minimum recommendation of allocating 5% of GDP to health, instead of our current 2+%.

But knowing the release of those funds will take a while, I’ve also pledged from my foundations (Companero Rene Cayetano Foundation and Gabriel Symphony Foundation www.gabrielsymphony.com) to fund the salary of the nurses for the pediatric neurosurgery OR which according to Dr Gap will immediately allow them to start using the new Operating Rooms shown above and operate on 200 more patients a year. Imagine 200 more little princes will have a better life.

If anyone would like to contribute to our foundations for this project which is so so deserving please contact Mailet Bonoan at at 09177008665 or Dr Gap Legaspi’s office at 5242338.

When I was four years old, my brother Alan Peter S. Cayetano was born. Alan’s namesake is an older gentleman who took in my father, Rene Cayetano as an employee which eventually led him to grad school in the University of Michigan. Peter is my grandfather’s name. 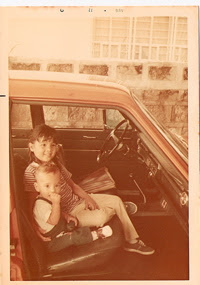 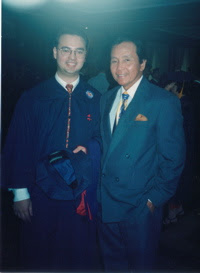 Last week, when we all headed for the precincts, Comelec ordered that Alan be stripped of all votes referring to Cayetano, even though the whole country knows that he is the only legitimate Cayetano running for the Senate.

Today and in the last few days, Alan continues to fight that votes in his own name be credited to him.

Tinanggal na nga nila ang Cayetano, ang Peter Cayetano at ngayon pati na rin ang Alan Cayetano binabawas pa sa kanya. But they do not dishonor Alan by what they do. They dishonor the Filipino people. 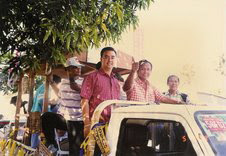 Kung binoto ng mga tao si Alan dahil pinaniniwalaan nila ang pangalang Cayetano, dapat ito pahalagahan ng mga tao sa administrasyon.. And it is only right, that the votes the Filipino cast in favor of Alan, be credited to him..

All our life our father reminded us “when I die, I will only leave you two things, a good education and a good name…” 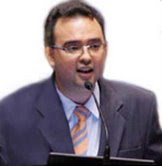 In the end, they can try to strip Alan of his votes, but they can never take away our name and what that name means to us and to those who trust in that name. 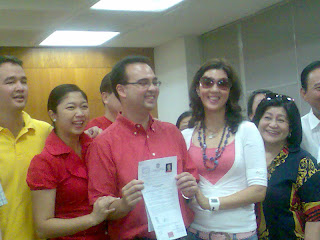 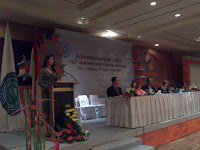 I presented the situation in the Philippines- the high demand for our health workers, particularly our nurses and how this creates employment opportunities, but on the downside, results in brain drain, a health crisis and its negative impact on children with absentee parents.

I also discussed the growth of the ICT sector, including call centers in our country and how we can further strengthen the growth of this sector with relevant educational and training programs, with the hope that this would open more job opportunities for women. That’s me and Director Carmen Arceno. 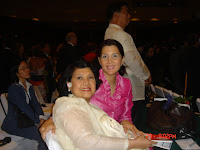 In the IPU’s 2nd standing committee, I presented the Philippine experience where we continue to conduct interfaith dialogue on the national, regional and international level.

I also attended the meeting on global warming where various speakers and delegates expressed their opinions on the matter. I shared with some delegates my view that there is a need to distinguish the response and responsibility of developing countries from that of industrialized countries. Our lifestyles and industries are very different and although all nations must do their part to address global warming, certain countries must be accountable for the effects of GW which we are all experiencing.

On the lighter side, I got a chance to see a bit of Bali with my good friend Mona Valdes, who happens to be Indonesian. As you can see, we met a friendly monkey while visiting a hindu temple. 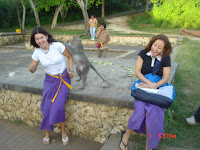 I also tried lots of super delicious Indonesian food, my favorites were esteler, which is like halo-halo, except made with fruits and coconut milk… 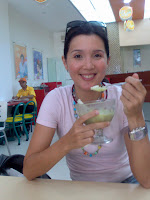 … and a specialty of the street vendors –martabak (and I’m probably not spelling that right) and Dutch pancake complete with condensed milk, grated cheese, chocolate and peanuts…which Mona said, put me back 1000 calories per serving!!!…After all that yummeee food, I was happy to go home. 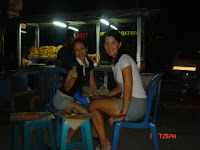 For more details on the IPU, please visit my website at www.senatorpiacayetano.com 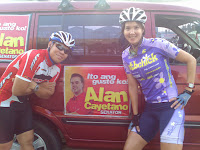 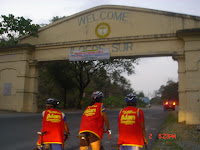 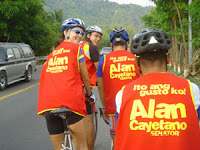 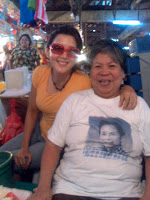 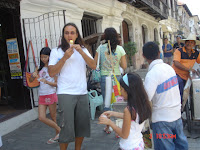 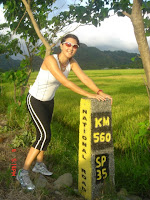 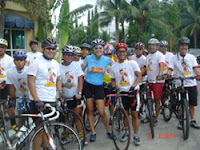 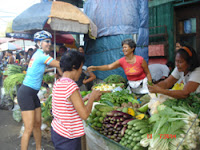 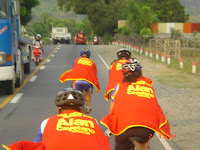 If you are reading this, consider yourself a participant invited to share my daily race called life…This being my first blog, I am not sure how it will evolve. But the intention is to share with family and friends the ups and downs, happy and not-so-happy parts of my personal, professional/political life.. Nothing majorly serious, but hopefully inspirational, thought provoking, at times funny…

Your comments are always welcome but since this is meant to be a “feel good” blog, you can only say nice things. Hehe!

Let’s start with some serious stuff…