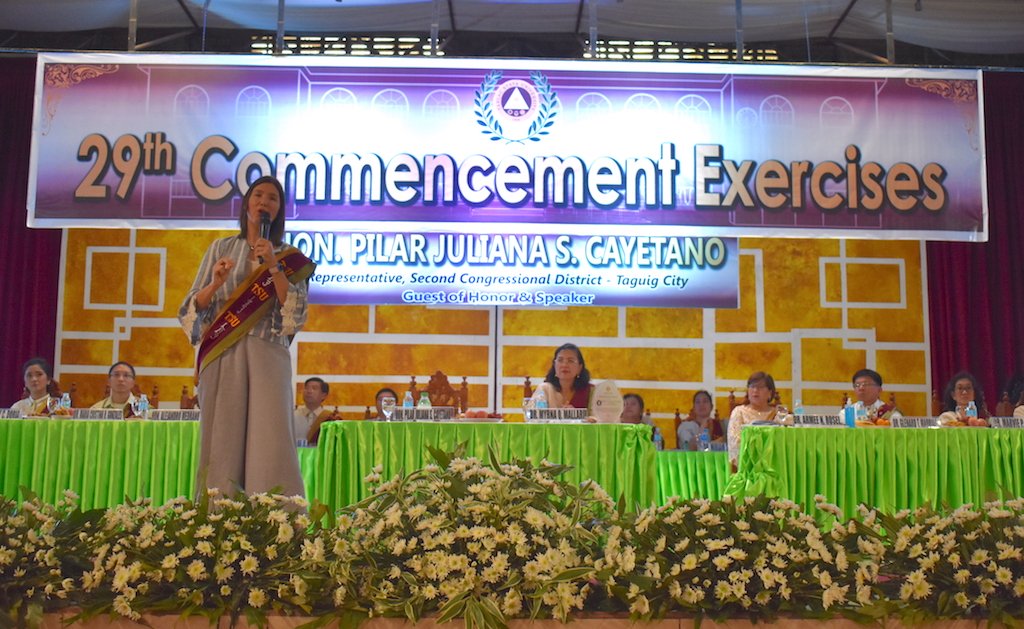 I also had a vague idea of what the future holds, but I was ready to face the world

END_OF_DOCUMENT_TOKEN_TO_BE_REPLACED 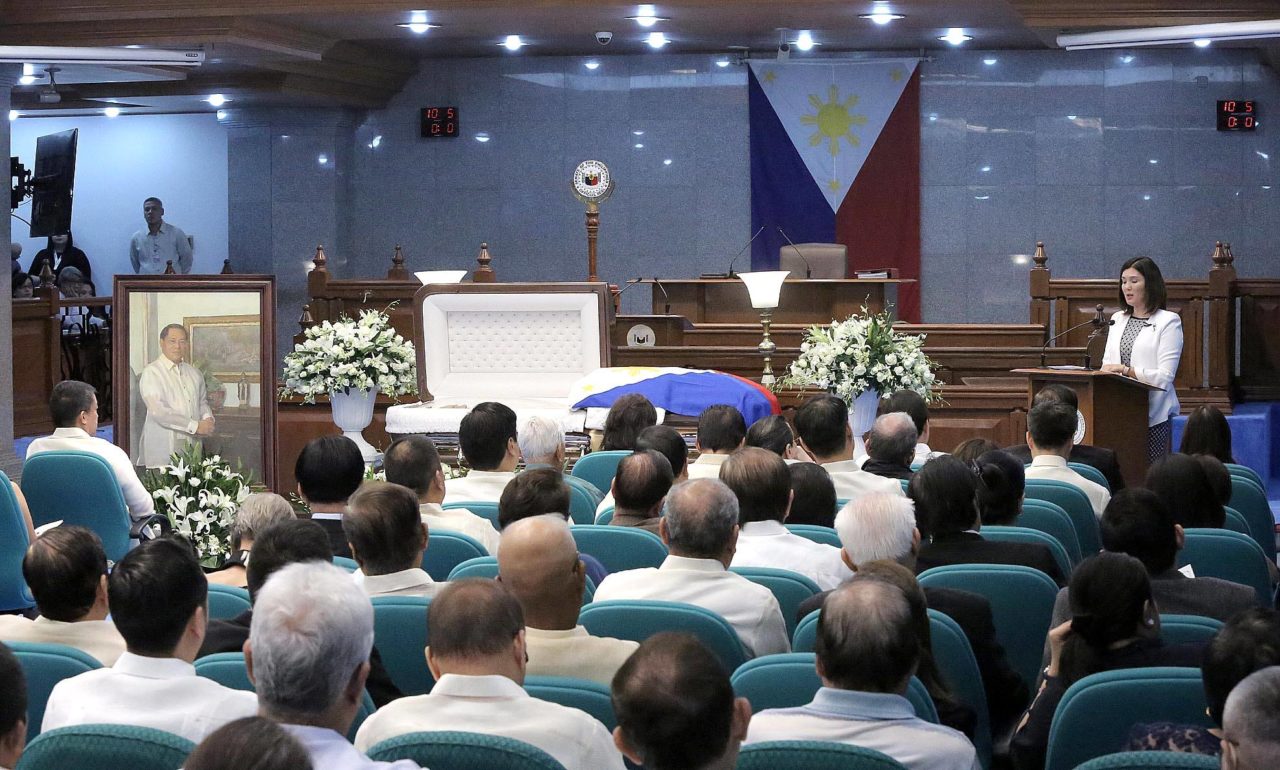 It is this probinsyano boy from Baler who would later become UP President, Senator, and Senate President, pass landmark legislation in education, many of which I had the privilege of working on with him.

END_OF_DOCUMENT_TOKEN_TO_BE_REPLACED 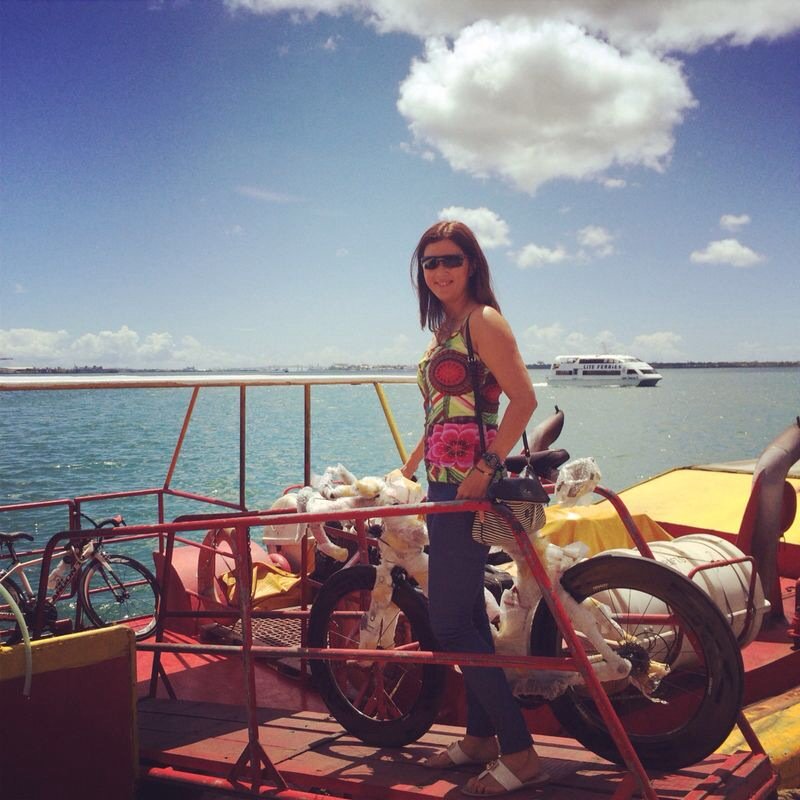 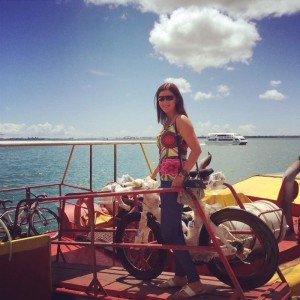 Polvoron sand and the beautiful blue sea. That’s what comes to mind when I close my eyes and think of Bohol. END_OF_DOCUMENT_TOKEN_TO_BE_REPLACED 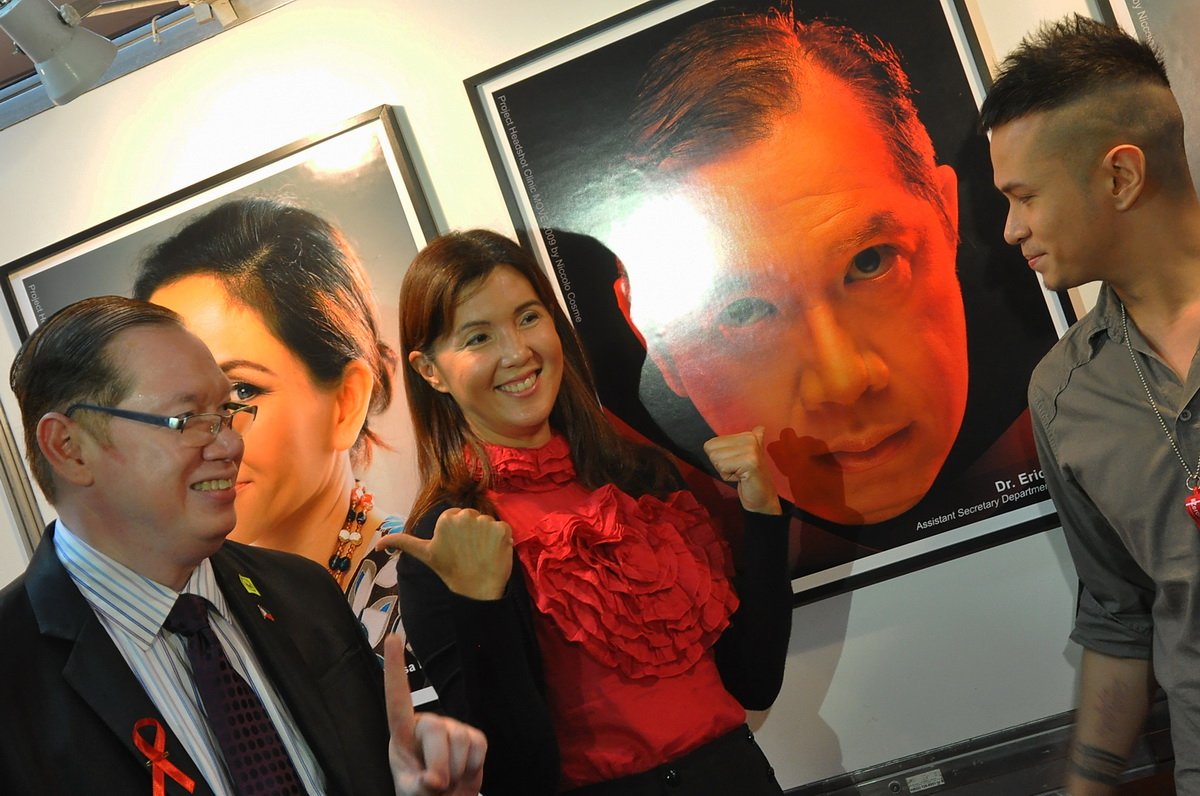 On the first Saturday of the year, my amazing Senate legal team indulged me and let me buy them a cup of coffee each END_OF_DOCUMENT_TOKEN_TO_BE_REPLACED 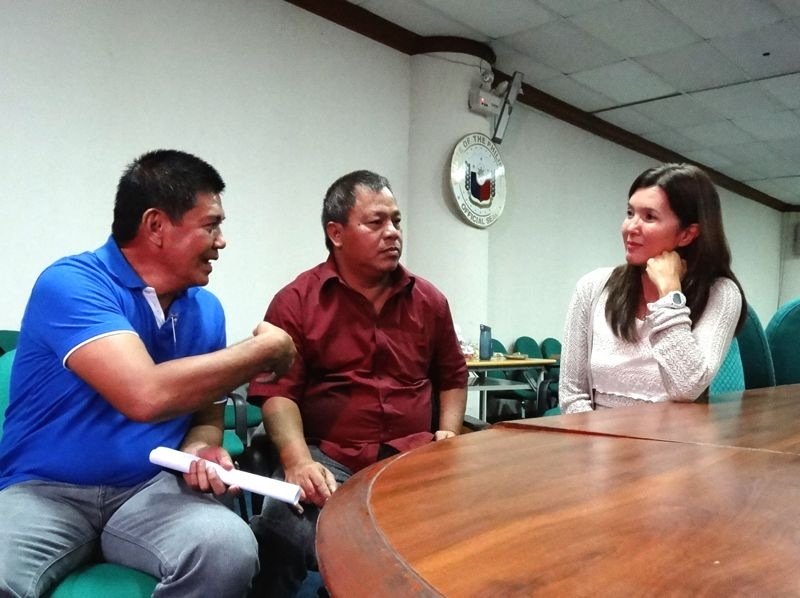 This is my blog in reaction to the UAAP Board’s ruling that upholds their two-year residency rule, as published by Rappler.com. END_OF_DOCUMENT_TOKEN_TO_BE_REPLACED 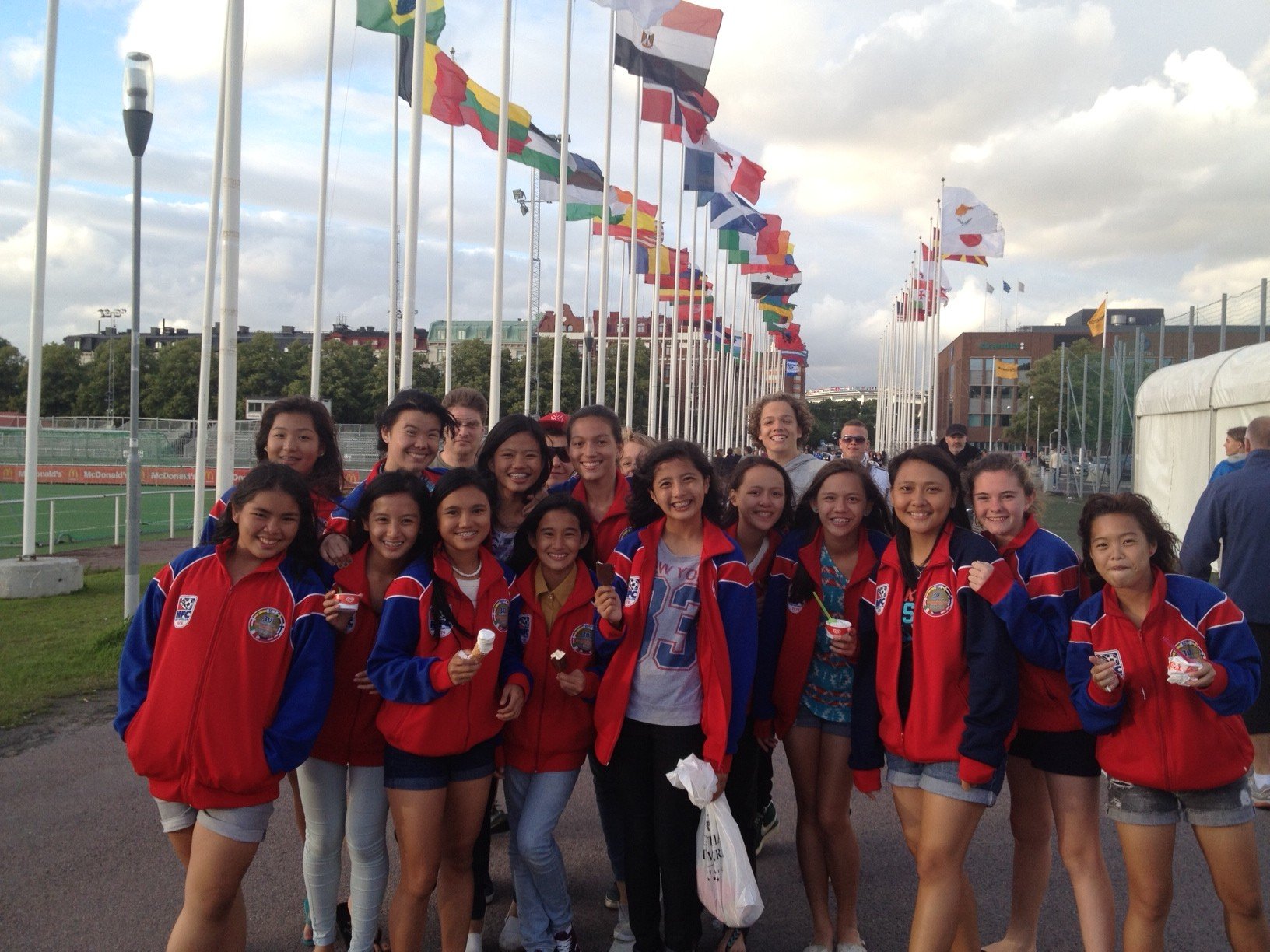 It is with much heartache that I came across the recent decision of the UAAP board about the residency requirements.

END_OF_DOCUMENT_TOKEN_TO_BE_REPLACED 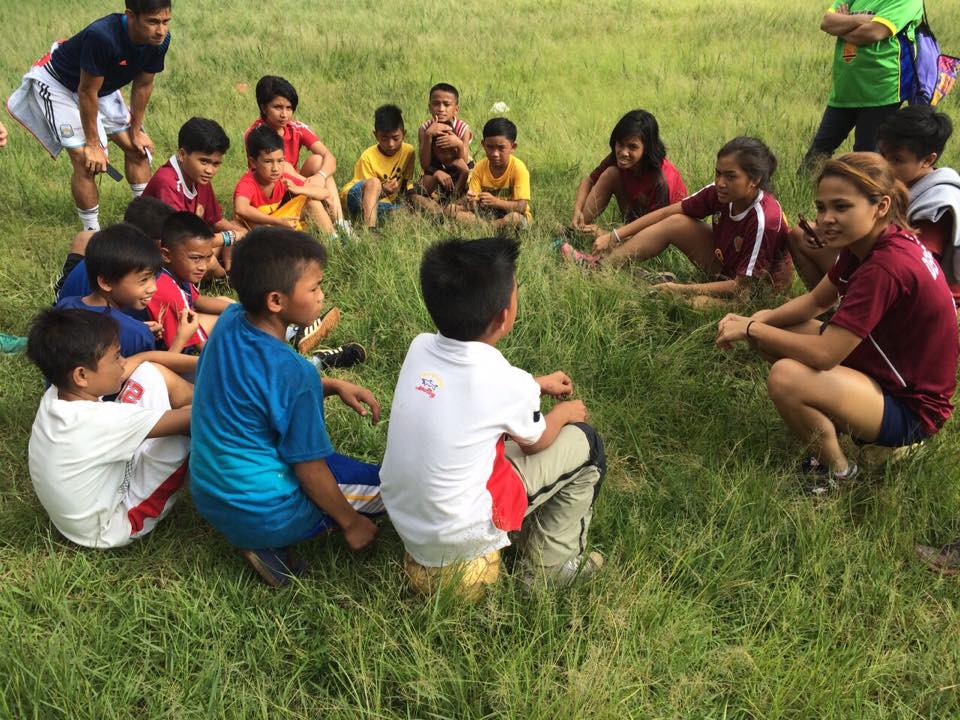 END_OF_DOCUMENT_TOKEN_TO_BE_REPLACED

How do you spend a day  in Hong Kong with the Running Priest?

Contrary to what many of my friends guessed, there was no running (we’ve done that), no mass, no confession (at least not real confession). But it was still a cardio-packed day filled with spiritual reflection,  thought-provoking conversation and inspiration.

I went to Hong Kong upon the invitation of Fr Robert Reyes,  otherwise known as the Running Priest.  A few weeks ago he was at the Senate and told me about his current work with OFW cancer stricken patients and survivors. He wanted me to meet them and see what we could do to help them.

I arrived on Sunday afternoon and went straight to the meeting held in the Philippine Consulate. What transpired was an emotional yet extremely inspirational 2 hour dialogue. There are clear gaps in policies and  laws which I am looking into. I will cover this in a separate blog.

The next day, Fr Robert and I agreed, or should I say, connived to show my staff and friends a different side of Hong Kong. I had been  to Lamma Island a few years ago and was excited to go back.. We met at Central station and took a ferry to Lamma. That alone was an adventure because I get seasick very easily. Thankfully, it was a short 25 minute trip and I managed a smile soon as my feet touched land.

We were introduced to island life by the sight of bicycles parked by the pier. This is how people got around in Lamma. No cars, just bicycles and a few miniature vehicles that transport goods. Even their ambulance and fire trucks were miniature versions.

Fr Robert explained to the group that we would walk to the other side of the island. You could hear  the sound of resistance to Father’s plan but Father simply said, that’s where we are eating, so if you want to eat, you have to walk… end of story.

After passing thru the commercial area,  we found ourselves in the midst of forest cover  walking to the beat of bird sounds. Fr Robert  pointed out the burial sites which seemed to almost blend with the forest.

Our first stop was the Portiuncula Monastery. We met the contemplative sisters, headed by Sister Mary Ann. They served us cold orange juice and told us about the  distance learning program they offer to OFWs.  Sister Mary Ann explained that the objective was to keep the modules as simple and relevant as possible to enable to students to study and comprehend the lessons on their own.

Leslie, an OFW walked me thru the course she was taking.  I was amazed! The topics were very relevant to the lives of the OFWs. One sample test was to make a marketing plan for the sale of pre-paid   cards to other OFWs.

Our next stop was the taho carinderia. Since the Chinese version of taho is served without sago, I took out my bag of trail mix (nuts and dried fruit) and passed it around to be added as toppings.

More walking…. Fr. Robert then announced that we would make a stop to visit  Joey Dyogi, an OFW who has end-stage kidney failure. Although, he no longer works, Joey is still able to avail of subsidized treatment from the Hong Kong government because he was working as a professional and was a permanent resident at the time he got sick. Contrast this with our domestic helpers who lose their benefits once they are no longer employed and who cannot attain permanent residency status despite the number of years of work.

The main path then led to the beach.  After walking in the heat, the urge to jump in the water was almost irresistible. How I wished I had a swimsuit.. I didn’t and neither did anyone else, so we  just took more pictures.

The next segment of our walk was hilly and hot.  We entertained ourselves with storytelling, jokes and phone calls from people who Fr Robert wanted me to touch base with.

Finally, we reached the other side of the island. We sat down for lunch at 4:30 in the afternoon just in time to catch the 5:30 ferry back to the mainland.

What did we take home from this trip? Because it was led by the Running Priest, our stops were not the usual tourist stops. The people we met  and interacted with along the way had stories that affected us, changed us.I think my staff was inspired to take their fitness to the next level.  We also felt a deeper appreciation of nature walking thru the well-preserved island devoid of vehicles and traffic.  I picked up lessons, I will use to work on legislation and policies for our OFWs.

I plan to go back and take my kids there.  They have been on nature walks, they have climbed Mt. Pulag. But I want them to see Lamma Island where it seems modern living and nature have found a way to co-exist.

Our country is in the midst of a health and education crisis. We need to attract and retain the best in the profession. One way to do this is to pay them well.

The Senate and the House each passed their own resolution, which are both referred to as the Salary Standardization Law 3 (SSL 3) which seek to revise the current compensation structure for government employees and increase their pay.

Last week, the sponsor in the Senate, presented a survey showing the Philippines at the lowest end of the scale in terms of monthly salaries of government employees and officials. There are also inconsistencies such as overlapping of salaries between salary grades.

I support the objective of SSL 3. However, during the hearings and upon a more in-depth study of the measure, it became clear to me that the teachers and health workers are not being given their fair share in the increase of salaries.

At the start of my interpellation on the floor, I laid the basis of my appeal for higher wages for health workers and teachers. There are  hospitals in the provinces that have closed down due to the lack of doctors. Hospitals are grossly understaffed and many government nurses are overworked, often working double shifts just to cover the needs of their patients. The same goes with teachers, many of them work double, some even triple shifts.

In the case of the nurses, their current salary grade is Salary Grade (SG) 10, which is equivalent to P12,026 per month. The Nursing Act of 2002 (RA 9173) assigned the starting position of all government nurses at Salary Grade (SG) 15 equivalent to P25,067 per month. Since the law was passed, the nurses have been lobbying for its implementation. Seven years later, this law has yet to be implemented. Now, by virtue of SSL 3, the starting pay of a nurse will be pegged at SG 11 equivalent to P18,088 per month, four salary grades lower than provided for in the Nursing Act!

This is totally unacceptable. We are taking back from our nurses what our previous Congress has accorded them. We are effectively violating their right to non-diminution of compensation, a principle that is deeply ingrained in our labor laws.

With respect to teachers, last year, the Senate passed a bill increasing the salary of teachers by P9,000 over the next three years. But now, under SSL 3, only a P6,500-pay increase to teachers is granted over the next four years.that amounts to an increase of only P1,625 a month each year.

During my interpellation, I also pointed out that there is a gender bias involved here. Studies done internationally and locally show that professions that are traditionally dominated by women, like teaching and nursing, are pegged at a lower salary grade than other professions.

In fact in 1991, the Commission on Education recommended the salary grade of a teacher 1 be SG 17 equivalent to a 1st lieutenant in the Philippine Army. As it is SSL 3, pegs nurses and teachers at SG 11, while a 2nd Lt is at salary grade 19, a difference of almost P10,000. An AFP private’s take home pay is even higher than a teachers. This bias can also seen when compared to other professions.

The Department of Budget and Management expressed regret that the salaries of these professionals could not be further increased due to lack of funds. But I beg to differ. The total package allocated for the salary increase is P20 Billion. There is P75 Billion in unprogrammed funds. These are funds left to the full discretion of the President. Is it too much to ask to allocate some of these unprogrammed funds for salaries?

Unfortunately, my amendment to increase their salaries were rejected. What was accepted was my amendment that if there is a P50 Billion increase of revenue each year, the government will allocate 5% or P2.5 Billion for the salaries of government employees. Another amendment I pushed for was a salary differencial for Science and Math teachers. This was accepted.

During the deliberations, I also stressed the need to look at the impact on our national development. By continuously depriving our teachers and nurses of just wages, we are also jeopardizing our Millennium Development Goals (MDGs), particularly MDG 2 (achieve universal primary education) and MDG 5 (improve maternal health).

Let me end by saying, it is my position that government should acknowledge that we are in the midst of a health and education crisis. One way to address this is by having competent professionals in these fields. It goes without saying that they should be paid well.