Running the Rome Marathon has always been on my bucket list. When I found out that the Inter-Parliamentary Union meeting that I regularly attend on behalf of the Philippine Senate was going to be held the week before Rome Marathon and on my birthday weekend, I knew that Rome was mine to take!

The day before I ran Rome Marathon, I did a short run to the Colosseum to take some pictures. While there, I contemplated on the life we have now vs. the lives of women then. 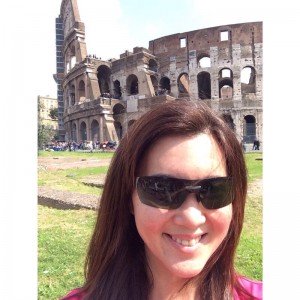 I realized I may not look like a gladiator, and I don’t know if I would survive a battle to the death in the Colosseum during the Roman times, but I do know many women who are modern day gladiators. Among them are the women who took to the streets lobbying for their right to reproductive health. 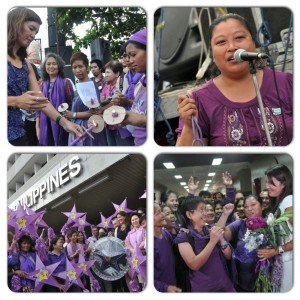 In the Roman times, women picketed the houses of lawmakers to pressure them to repeal the Oppian law which they deemed oppressive in a time of prosperity. The said law sought to limit a woman’s possession of gold, wearing of dresses in different colors, or riding of a horse-drawn carriage within the city. Their efforts were successful and the law was successfully repealed (source: http://www.the-romans.co.uk/women.htm)

It doesn’t seem like a cause we would fight for today, but I guess in the context of the times, these women were fighting for equal treatment.

And even as our country has been recognized as among the most gender equal nations in the world, we still have laws that are discriminatory against women. In this regard, as Chair of the  Senate Committee on Women, Family Relations, and Equality, I conducted hearings to review such discriminatory laws with the view of bridging the gender gap in our legislation. The first two subject matters in the following enumeration have gone through the committee and are already on the Senate floor, and we are currently drafting the Committee Report for the third law.

These are discriminatory because the decision of the husband and wife, or father and mother, must be given the same weight in our laws, instead of holding one supreme over the other.

In addition to these, the Committee will also be reviewing other laws with discriminatory provisions against women, including the Code of Muslim Personal Laws.

Women have come so far in fighting for and attaining equal rights under the law. Despite the progress we have made, it is important to remember that there was a time in our recent past where women did not get equal opportunities for education, to pursue a career, or to vote. It is a continuing struggle to achieve gender equality in every aspect of our lives, and getting our laws up to speed is a good place to start.

And my Rome Marathon? It was actually the slowest marathon I ever ran – thanks to my decision to run my first ultra marathon in Cebu two weeks prior – but it is one of the most memorable. It was like running back in time through many historic sites. Truly unforgettable. 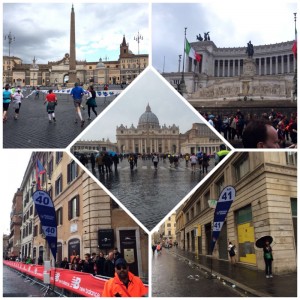 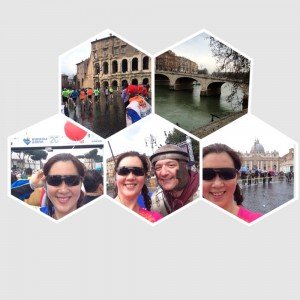