My eight year old daughter came home last week with a major decision
to make – whether to run for student council Assistant Treasurer or
not. Why was this decision so major? Well, she is currently class
president and the rule in their school is, if you run and win a
position in the student council you have to resign as a class
official. 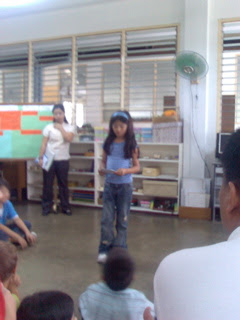 So, I asked her, which position, do you think you will do better at
and enjoy doing? She says, “I dunno.” So, I said, “okay, let’s look at
each position carefully, so you can decide.”

me: What does a class president do?
Nadine: Helps the teacher and tells the class to be quiet.
me: ok, do you like doing that?
nadine: yes.
me: how about student council assistant treasurer, what does that person do?
nadine: helps the treasurer (oo nga naman).
me: What do you think of that position?
nadine: Well, I have a bit of a problem with it mom…
me: what’s your problem, baby?
nadine: I dont think I count very well.
me: ah, well, hmmm, that might be a problem.
long pause…
me: Let’s do this, let’s pray about it and then see how you feel in
the morning, okay?
nadine: okay mom. 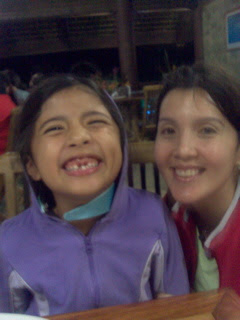 So, we prayed, she slept, I slept… and in the morning, she gets in
bed with me and I ask her how she feels and whether she wants to talk
about it some more. She says yes, so we talk.. I finally realize that
she seems to be excited about the whole idea of the campaign – making
posters, talking to people, campaigning with her partymates…
So, I said, “Nadine I think, what you are excited about is the campaign but
not the position you are running for..Why dont you be the campaign
manager. That way, you dont have to run and give up being class
president but you can help your party and enjoy being part of the
campaign!” I thought it was a brillant idea, she seemed to think it
was okay too. So, we prayed again before she left for school and she
said she would think about it.

That afternoon, she came home and I asked her, how did it go. She said
she asked if she could be campaign manager, but was told she was too
young… 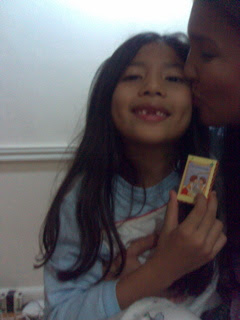 With that, Nadine decided, and never waivered in her decision to stay on as class president and not to run for student council, despite
the persistence of the party. She said
she’ll think about running for student council next year.

Seems like such a simple story. But not really. I went through almost
the same nightmare/walk-through-the-unknown during the days I did not
know whether I would be a candidate for the senate or not, whether I
wanted to be such a public figure … No, I did not for once, worry
that I could not do the legislative work. Like Nadine, I had thought
about my skills and knew what the job involved. Being a lawyer, having
worked on radio on my dad’s legal talk show “Companero y Companera”
and actively doing advocacy work, gave me the experience I felt was
necessary. My problem was taking on a new life style/role as a public
official, something new to me, something I was not too familiar with.

-fear that I would cry when I gave my speech and remembered my dad ( I
did that and survived),
-fear that I would lose a bit of my privacy (I did and still
survived), but I also met and continue to meet a lot of inspiring
wonderful people,
– fear that I had to do things I did not want to do ( I do, but who
says life would be easy)
– fear that I might lose ( I did not, I actually came in 6th). 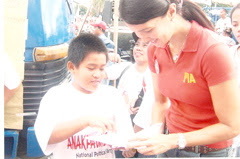 I was not rating well in the beginning (though my standing did improve
with every survey)..I was so scared of losing…But in the last few
days of the campaign, I knew in my heart, that I had given it
everything I had, 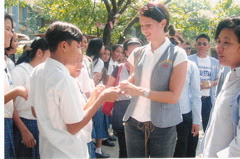 and if I did lose, that was God’s choice and I was a
better person for what I had gone through. After casting my vote that
day, over 3 years ago, I went home, ate and went to sleep. I woke up
in the late afternoon, looked at my celphone and saw numerous texts
from friends congratulating me for being in the top in the first few
hours of counting…the rest is history.

What’s the point of this entry? It started out with a simple story
about my little girl, and at this point is about my campaign story.
But this is not about my running or Nadine’s decision not to run. It’s
about setting aside your fears and believing. I’m reading this book
“Life’s Missing Instruction Manual” and I was totally struck by the
following lines quoted by the author Joe Vitale (www.mrfire.com):

“There never was anything to be afraid of. The opportunities I passed
up, the people I never approached, the rock star I never became. All
sacrificed at the altar of fear–fear that never really existed.”
-Dr Paul Hartunian (www.Hartunian.com/ezine).

“I wish I had learned that I can do anything I really believe I can
do. It may sound simple, but it’s the basis of any and all
achievements (or lack thereof) in anyone’s life…If you want to
change your life for the better, change your belief about what’s
possible for you..and what you can accomplish, if you simply put your
mind to it.”
-Jim Edwards, author of 5 Steps to Getting Anything you want (www.HowToGetAnythingYou.Want.com)

With that background, I entered college at 15, joined the UP
volleyball varsity (although I thought I was going to die on the first
day of training), eventually became its team captain and the youngest
member of the Philippine team while getting my degree in Economics and
graduating cum laude at the age of 18. I went on to become a lawyer,
practice law, set up a retail business (Maxibear, Maxitoylab and
Maxiworks), write parenting books, give talks on parenting, became a
radio host, an advocate for breastfeeding and children with
disabilities, oh resumed my passion as an athlete – this time as a
runner/marthoner, cyclist, duathlete and triathlete..and yes, my
current job, I am a senator with a few more advocacies- health care
reforms, the environment, education and women’ s and children’s
rights.

I mention all this, only because I want to emphasize the point that
you can really do anything you put your mind to.

So, whether your dream is to change the world, to be a doctor or a
rock star, an olympian or the next President, set your sight on that
dream, do what it takes and conquer your dream. 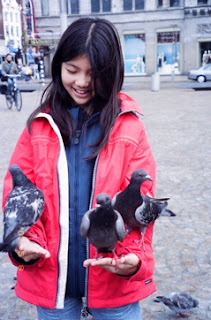 Oh, one last story…Right after I put down the book I mentioned
above, I looked up and saw my other daughter Maxine, 12,

in front of
our mac, blogging. I went up to her and looked at her home page,
which she is constantly changing/redesigning… it read “Remember
possibilities… phooey with limitations.”

What can I say? My daughters… I’m a happy mom (big smile). 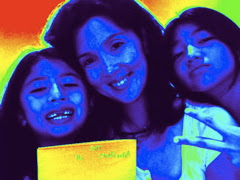 4 comments on “Remember Possibilities…Phooey with Limitations”