September 11, 2001, I was in the coffee shop of a hotel when the news of the twin tower attack reached us. It was horrible horrible news. I was left thinking of all the families who had lost a parent, a sibbling, a loved one. I kept wondering how would they cope…how would they go on after that..

I had no way of knowing that a week later, September 19, 2001, I too would suffer such a devasting loss..On a day that was otherwise a regular working day to most moms, a school day for most kids, my only son and baby, Gabriel, breathed his last. 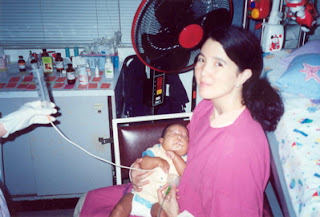 That day i walked out of the hospital, not like most moms with a content sleeping baby in her arms. I walked out carrying a baby who no longer breathed. As I stood in the parking lot with Gabriel in my arms, I realized the cool air brushed against his cheeks for the first time. If he could open his eyes, he would have seen the beautiful sky..How I wished that he had been normal, that I would have been blessed to see him grow, to run after his sisters, to learn to ride a bike..But that was not God’s plan and I had to accept it..

Many days before that in the middle of a run, I would find myself thinking that one day he will be gone and I will know sadness as I have never known it before. How will I cope? How will I go on?

When he died, I had to break the news to my children, Max who was then 6 and Nadine who had just turned 3. Max cried silently when I told her. Nadine didnt seem to understand then. But today, 6 years later, Nadine comes to me crying saying she misses her brother. I end up crying with her because I miss him too.

Last September 9, we celebrated our annual 12 hours in Memory of Gabriel (www.gabrielsymphony.com). I ts a fundraising multi-sport event we organize where we invite people to join us for 12 hours of walking, running or biking to raise funds for children with disabilities..Every year, I strive to make it more family friendly to encourage more people to come. I want it to be a venue for families to have a fun time, enjoying a beautiful day outdoors and at the same time raising awareness about kids who have special needs. I want my kids to know that their brother was special in many ways – special in the medical sense, because he had special needs – he could not see and hear. He would have never talked, walked or read a book. But also special because, through him, other kids would have a chance at a better life.

This year was a little bit different because aside from the 12 hour run, walk and bike event that was going on from 6am to 6pm, we had a super kids triathlon and an all women’s beginner’s triathlon. 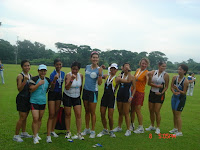 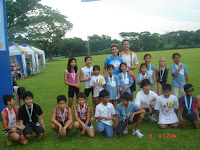 We also had Maiqui Dayrit do his 3rd ironman distance triathlon (swim 3.8km, bike 180km and run 42km) and this year we also had a woman! Ge Santiago did an ironman distance as well! Both Maiqui and Ge went out of their way to get friends and family sponsor them, thereby raising more funds for our cause.

Maiqui, did an amazing race in just over 11 hours. He actually finished before it got dark. I did not know what to do with him because he looked so fresh and was happy just hanging around the area waiting and cheering for Ge. 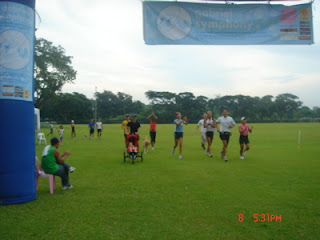 The girls decided to do a “girl power” and keep Ge company in the run. Ani and Angeline (Labs to George and the tri community) ran with her almost from the start. I joined in later.Way after the sun had set, my kids, the Torres kids,their dad Joey, my brothers and other friends were still playing soccer and cheering on Ge everytime we passed by.. 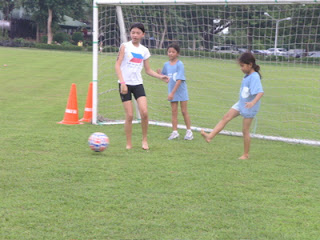 Ge finished in 13:58 with her kids and husband by her side…and the rest of us cheering wildly. 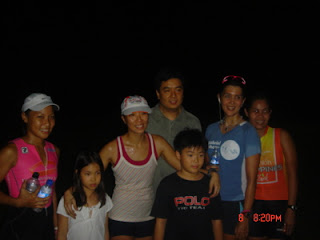 My daughter, Nadine decided to do her first triathlon at Gabriel’s event. 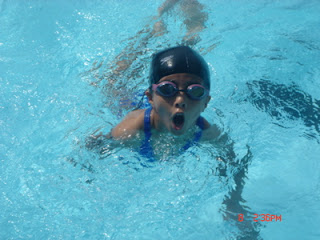 Maxie and her best friend Amanda, feeling they were tri-veterans, didn’t train for the triathlon. On race day, they winged it on the swim, biked comfortably and dragged their feet on the run, but in the last hundred meters, managed a sprint! 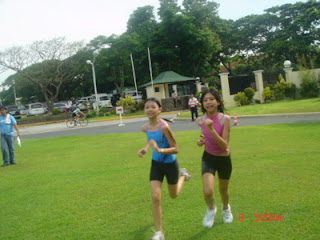 As we packed up, I couldnt help but think what a beautiful day this has been…I realized I had not cried that day..It was filled with so many good things –it was one big celebration of Gabriel’s life (he would have been 7 this year), everyone said they had fun and we raised funds for lots of disabled and disadvantaged kids..I had truly momentarily forgotten my sadness..And then I remembered one of my favorite songs in church which goes “You have turned my mourning into dancing…You have turned my sorrow into joy..” 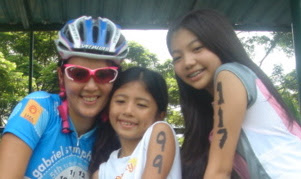 Truly, on that day, God in his wisdom and grace had turned my sorrow into joy. 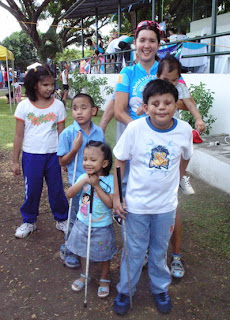 Thank you to everyone who joined us, thereby bringing joy to the lives of other children.

P.S. Pictures of the event to be posted soon on mydailyrace.multiply.com

1 comment on “You Have Turned My Mourning Into Dancing”