A man came up to me and held up a piece of paper that had yellowed with age. At the bottom was a signature I recognized even as a child. It was my father’s

The old man slowly but steadily made his way to the front of the room where I was standing. I had just finished addressing a group of some one hundred people who were gathered to celebrate the 30th Anniversary of Presidential Proclamation No. 2476.

His eyes were shining as he came up to me and held up a piece of paper that had yellowed with age. It was a typewritten letter informing him that the land on which his house stood was now his by law. At the bottom of the letter was a signature I recognized even as a child. It was my father’s signature. All these years, he held on to that letter. Just like the woman who showed me a faded photo of her with my dad. And another who brought with her a vest with my father’s name on it – vestiges of a campaign some three decades ago. 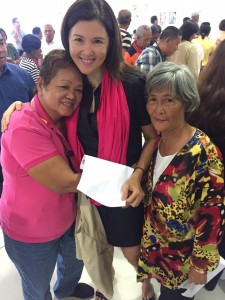 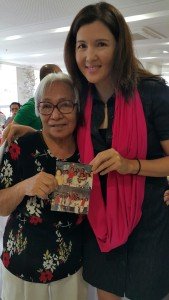 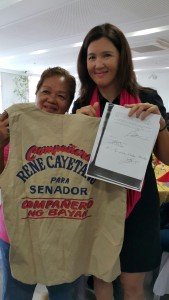 It was in the early ’80s when my Dad, the late Senator Rene L. Cayetano promised the people of Taguig that the land they lived on would be theirs.

On January 7, 1986, 30 years ago, it became a reality when Presidential Proclamation No. 2476 was signed. This proclamation, which Dad had been working on for a long time, excluded Barangays Lower Bicutan, Upper Bicutan, Wester Bicutan, and Signal Village from the Military Reservation established in Taguig (now known as Fort Andres Bonifacio). 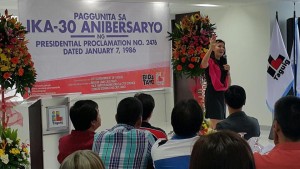 So today, we remembered and commemorated that day with the original beneficiaries, their children and grandchildren. It was a joyous occasion, but it wasn’t easy to hold back tears. 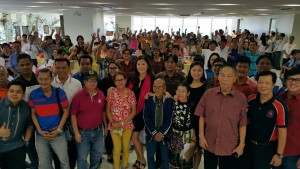